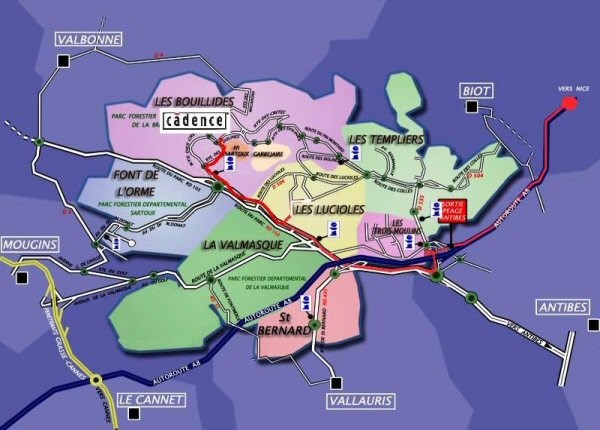 The name Sophia Antipolis comes from the Greek word for wisdom and the Greek name for the town of Antibes, to the north of which were the 10 hectares that originally comprised the park in 1970. Early arrivals to the site were the Ecole de Mines, the CNRS and IFP research institutes, and some companies including l’Oreal.
Having grown over the following years the Sophia Antipolis now occupies 2,400 hectares, covering in part the communes of Antibes, Biot, Mougins, Valbonne and Vallauris. There are over 2500 companies. These companies employ more than 30,000 people in addition to the 4,500 publicly employed research workers and 5,500 students, all helping to make Sophia Antipolis a world reference in terms of innovation.
CENTURY 21 Coast and Country, real estate agents in Mougins, has helped numerous people employed in Sophia Antipolis find property to buy and we have several villas, houses and apartments for sale convenient for Sophia Antipolis.

By clicking on "I agree", you authorize the use of cookies to ensure you get the best experience on this website.